Time Of The Season For Voting 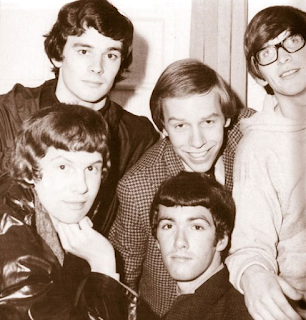 Today's announcement of the 2017 Rock And Roll Hall Of Fame nominees won't cause as much heated debate as the presidential election, but if past years are any indication, there will be some grumbling about who was chosen and who continues to be overlooked. Before moving on the nominees, here are a few quick notes about some Chicago-based journalists.

As noted in this past Sunday's Chicago Tribune, long-time Chicago area journalist Lloyd Sachs has written a biography of the highly successful and influential roots rock producer T Bone Burnett. Sachs currently writes for the Trib, but has been published in other publications over the years, and used to do a regular feature called Sachs And The Cinema for FM rock station WXRT. T Bone Burnett: A Life In Pursuit is now available on Amazon and in bookstores.

Greg Kot and Jim DeRogatis have become two of Chicago's best-known rock critics via their syndicated Sound Opinions program on WBEZ. They'll be at the Metropolis Performing Arts Centre in Arlington Heights tomorrow night at 7:00 p.m. to present Punk Rock 1977 – The Sound Of Genius, a look at the genre's earliest days in New York and London. Admission is free.

As for the Rock And Roll Hall Of Fame nominees, the list of 19 acts once again shows the institution's desire to embrace diversity. Classic rock, funk, techno, vintage soul, folk, grunge, prog, rap, garage, new wave, disco, alternative, and British Invasion are all represented. Anyone familiar with this blog could easily guess The Zombies as my first choice, but I'm also keen on seeing The Cars get in this time around. The other choices, all well known in their respective fields, are Bad Brains, Chaka Khan, Chic, Depeche Mode, Electric Light Orchestra, J. Geils Band, Jane's Addiction, Janet Jackson, Joan Baez, Joe Tex, Journey, Kraftwerk, MC5, Pearl Jam, Steppenwolf, Tupac Shakur, Yes. Fans can vote for their top five choices on the official Rock And Roll Hall Of Fame site.
Posted by Terry Flamm at 10:44 PM