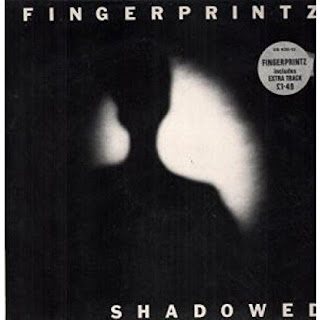 Saturday, October 29 will be this year's unofficial Halloween celebration night, with lots of parties in bars and homes. Here are some outer-space alien song profiles from previous years to put everyone in a fun, spooky mood.

Fingerprintz - “Shadowed” The English band Fingerprintz zipped through a variety of genres during a brief career that lasted from 1979 to 1981, but one thing that remained constant was lead singer-guitarist Jimme O’Neill’s penchant for matching disturbing lyrics with catchy melodies. "Shadowed," from the aptly titled Beat Noir, offers intergalactic espionage set to a pulsating dance club arrangement. There’s a breathless chase down dark streets involving “an alien presence” and our hero: “Outside forces, foreign bodies in the atmosphere/I’ve got to shake them off and rub them out and get away from here.” Guitarist Cha Burnz throws in one of his distinctive solos, and O’Neill’s echo-laden vocals evoke U2, especially if Bono had been into comic books and sci-fi movies.

Phil Angotti - “I See Spaceships” Taken from Chicago-based singer-guitarist Phil Angotti’s Life and Rhymes CD, "I See Spaceships" simultaneously evokes The Byrds and The Who while spinning a tale of intergalactic visitors who love to party. Backed by Casey McDonough on bass and Brad Elvis on drums, Angotti sings, “I’ll tell you my story but you won’t believe me” as the song kicks off. He goes on to describe how the little green men who crash-landed their saucer in his garden are now driving his car, and staying up late to party. Angotti, a 1960s fanatic, specifies that these Martians are listening to LPs and watching movies. They’re also often intoxicated, which might explain why their calls for help to their planet have gone unanswered.

The Red Plastic Buddha - “She's An Alien” There’s a surprising sense of humor woven through the mind-blowing imagery on the Chicago-based The Red Plastic Buddha psyche rock masterpiece Songs For Mara. "She's An Alien" is a prime example. After descending from the stars one evening to save the human race, an extraterrestrial gets sidetracked by earthly pleasures like getting drunk in bars. Lead vocalist-bassist Tim Ferguson charts her progress with observations like, “She wanted to fit in, she said, so she learned to play the drums/She got into my LSD, but it just left her numb.” Despite her seductive silver eyes, this alien is unable to get it on with earth men because,“things just don’t match up/Me, I got the bottle but she don’t have the cup.”

The B-52s - “Planet Claire” "Planet Claire" is a fictional orb with pink air and red trees concocted by The B-52’s on their self-titled 1979 debut album. The band used a toy piano, a fire alarm, and a walkie talkie on this song, along with lyrics that were pure nonsense. Opening with a lengthy and eerie instrumental passage, “Planet Claire” introduces an alien who came from the title planet via a Plymouth Satellite that she drives faster than the speed of light. Like all Clairelings, she doesn’t have a head, so it’s hard to imagine how she could see where she’s going. Then again, you could say the same thing about Earthlings who text while driving. Vocalist Fred Schneider affects an appropriately silly tone throughout the song, especially when he screams, “WELL SHE ISN’T” in response to speculation that the alien is “from Mars or one of the seven stars that shine after 3:30 in the morning.”
Posted by Terry Flamm at 9:40 PM