Online EP Review: Susanna Hoffs - From Me To You 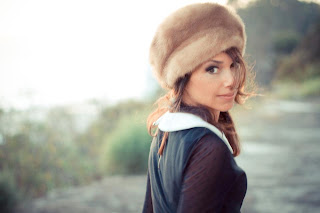 Susanna Hoffs’ career-spanning fascination with 1960s pop just keeps getting stronger. The Bangles singer-guitarist and Matthew Sweet performed classics by bands like The Beatles, The Mamas And The Papas, and Love and on the first volume of their Under The Covers series. Hoffs drew inspiration from Burt Bacharach’s easy-going hit singles for her own compositions on the 2013 CD, Someday.

It’s back to the ‘60s for the digital EP, From Me To You, and once again Hoffs is keeping things on the lighter side. The Beatles’ “All I’ve Got To Do” was one of the well-chosen covers she performed on tour last year, and this recording of it, like the other two tracks on From Me To You, evokes the ambience of a small club. Her take on The Jaynetts’ “Sally Go ‘Round The Roses” grooves to Latin percussion and layered vocals, while The Zombies’ optimistic “This Will Be Our Year” has a marching beat and melodic guitar.

Releasing online versions of her favorite 60s songs seems well-suited to Hoffs, and it would be fun to hear her cut loose on some more energetic fare, the way she and The Bangles rocked “Open My Eyes” by The Nazz on Sweetheart Of The Sun. And I’d love to hear the version of The Hollies’ “King Midas In Reverse” Hoffs reportedly performed on her last tour.
Posted by Terry Flamm at 10:03 PM