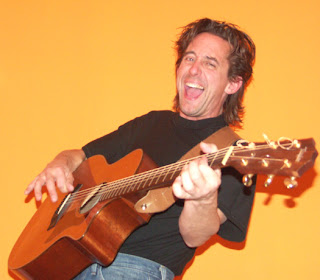 One sure way to kick off this action-packed Chicago weekend in style is to check out International Pop Overthrow tomorrow night (Friday, April 19th) at the Red Line Tap The second night of the festival’s 10-day stay features some tried-and-true veterans and a few new faces. The IPO website has links to all the performers, and is a great resource for discovering new music, even if you can’t make it to the fest.

Here’s Friday night’s lineup. All of these acts are currently from the Chicago area.

Liam Davis & Steve Frisbie: These two musicians previously led the critically-acclaimed band, Frisbie. Davis is a singer-songwriter, as well as a Grammy-nominated producer and composer. He occasionally works with a neo-folk  band called The Contestants. Frisbie has an extensive power pop background, and works with the popular tribute band Tributosaurus. Davis and Frisbie are known for their harmony vocals.

Too Much Saturn: A five-piece power pop band that specializes in tight harmonies.

Ralph Covert: As lead vocalist-guitarist for The Bad Examples, Covert excels at writing catchy pop songs, such as the FM radio staple, “Not Dead Yet.” His compositions on the band’s 2011 Smash Record showed a definite Squeeze influence, particularly on “Pictures Of A Masquerade.” Covert is also known for his highly popular Ralph’s World CDs for kids. At the IPO gig tomorrow night, he told me via email for an article I did for the Illinois Entertainer that he’ll be doing a mix of new material, some solo stuff, and possibly a Bad Examples song or two. He’ll be backed by musicians Michael Hartigan, Miguel Gonzalez, and Eli Bennett, from his monthly Acoustic Army shows at FitzGerald’s.

Gooey: Five guys who describe their power pop music as “meow meow rock!” Their live performances are a blend of originals and covers.

Frosting: Mark “Spiv” Grzelak is a touring musician and veteran of various groups. He formed Frosting so he could be the frontman, and the result has been two impressive CDs.
Posted by Terry Flamm at 10:07 PM