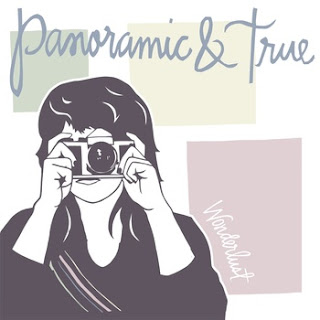 International Pop Overthrow wraps up its 2013 Chicago visit with three showcases this weekend. There are seven bands each on Friday and Saturday night; six bands on Saturday afternoon. For the full schedule, with links to all the artists, check out the IPO website.

Nick Peay is a singer-songwriter who loves The Beatles. Peay’s from Louisville, KY and according to a Facebook post, he'll perform with fellow citizens The Uncommon Houseflies tonight (Thursday, April 25th) at IPO-Chicago. He’ll be performing as The Nick Peay Band when he opens for the fest Friday night. His latest EP, Life And Love And Us, features him playing ukulele.

MariZen is set to release its fifth CD, When The Sun Goes Down, on June 1st. Led by vocalist Mari Scott, the five-piece band describes its power pop sound as “like a charging freight train.” Chances are, they’ll be charging through some songs from the upcoming album tomorrow night.

IPO-Chicago veterans Panoramic And True also have a brand new release to draw from; Wonderlust is now available in vinyl and digital format. They’re ambitious musicians who describe their mix of garage, 1960s soul, and British Invasion as “rock music with a wide-angle lens.” New tracks like “Haunted” and “A Hold On On You” on the Panoramic And True BandCamp page bode well for tomorrow’s live performance.

Temporary Pharaohs have only been around for about a year, but they’re already regulars on the Chicago club scene. The lineup changes from time to time around founding members Chris Kulwin and Cody Carpenter. Indie rock songs like “Moon Over Miami” and “Sarah Swati” mix shimmering guitars with experimental arrangements.

Indie rock band The Break is currently working on a second release, so it’s possible it will be trying out some new material at the Red Line Tap tomorrow night. The Break might be the youngest band at this year’s IPO-Chicago, judging from their YouTube videos, but these guys have energy and poise.

There’s not a lot of serious info regarding the quintet The JoyRyders on their Facebook page, but their MySpace profile states they play a mix of originals and cover versions. Videos of the band performing live underscore the notion that these guys know how to party.
Posted by Terry Flamm at 10:33 PM