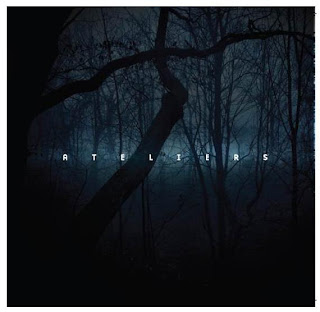 Em And Them, the four-piece band led by vocalist-acoustic guitarist Emily Roth, have been around since 2009. They create original rock with deep funk and soul grooves. Songs like “Fight For You” also incorporate a hint of world beat.

The Ateliers pursue a darker, alternative sound, led by versatile lead vocalist Mike Nesbitt and guitarist Bill Acuña. (Not sure if that’s the same Bill Acuña who plays guitars with The Despotic Hall Of Fame  on Monday’s lineup.) “Le Shake,” is an exotic mix of alt rock and mid-1960s Beatles, while “Silenced” has echoes of Bauhaus. The Ateliers released their debut CD late last year.

Folk rockers Left Turn At Albuquerque mix humor and harmonies in their music, but they won’t be doing it much longer. According to a post on the trio’s Facebook page, the Tuesday night gig at IPO-Chicago will be their last.

The Pilgrims’ new tune, “You Don’t Have Any Singles, Do Ya?” sounds ready for airplay on alt rock radio stations. They’ve been around for six years.

I remember liking the brash, fun approach The Top Shelf Lickers took on their full-length CD, Head First, back when I reviewed it for the Around Hears section of the Illinois Entertainer. They’re likely to be just as energetic in a live setting, so this looks to be a solid choice to finish off an evening of unique performances.
Posted by Terry Flamm at 11:01 PM