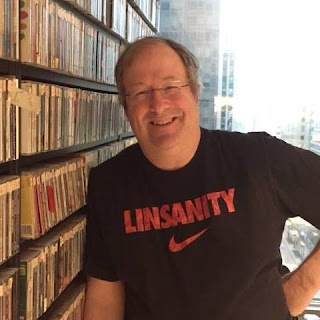 After tomorrow morning, Lin Brehmer’s loyal listeners will have to find him elsewhere. WXRT’s popular morning host isn’t going away but he is moving to the station’s mid-afternoon (10:00 a.m. – 2:30 p.m.) shift. That’s bound to be disorienting for those who are used to encountering their “best friend in the whole world” along with their first cup of coffee. And then there’s the question of whether Brehmer’s approach will change in his new time slot. His long-time on-air partner news anchor Mary Dixon had been let go—thankfully she’s landed at WBEZ AM—so he’s already had to adjust to that. My guess is Brehmer already has some tricks up his sleeve that will become new traditions for his followers. But please keep giving us Lin’s Bin.


Speaking of tradition, let’s raise our cups of coffee (or tea) in tribute to the guy who made us laugh and feel like family even on those mornings when he had been out late at a concert or watching a west coast Cubs game on TV. Brehmer has never gone for the cheap humor that’s the bread and butter of so many morning jocks. He can be bawdy at times, but the bulk of his appeal is based on clever observations and self-deprecating jokes. Plus, he loves to rock. There’s not a doubt he’ll still be blasting The Rolling Stones over the airwaves or assuring us the next tune coming up is “the best song in the whole world.”
Posted by Terry Flamm at 8:43 PM