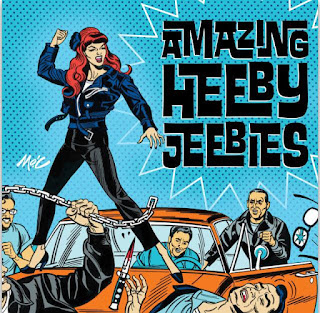 The above-mentioned double bill is yet another example of Hey Nonny booking popular bands from Chicago’s club scene. Already the new year will bring gigs by Steve Dawson and Diane Christiansen from Dolly Varden, with special guest Chris Rawlins on January 17; guitarist Joel Paterson and The Modern Sounds on January 22; The Imperial Sound on February 7; and Tommi Zender with The 45 (featuring Chicago Cubs broadcaster/musician Len Kasper) on February 16. Hey Nonny will also host a Winter Blues Summit from January 31 through February 2.