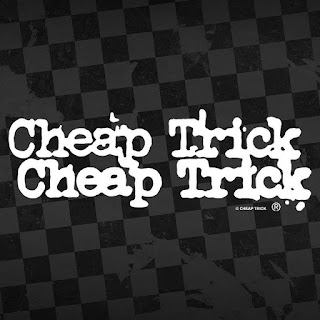 Cheap Trick has a new single called “The Summer Looks Good On You” available to stream or download from various sites. (I went the iTunes route.) It’s a classic catchy and powerful Cheap Trick arrangement with a message that’s both flirtatious and supportive. Check out their Facebook page for the link.

Todd Rundgren’s band Utopia is now touring for the first time in 32 years, and they’ll be at the Chicago Theatre tomorrow night. It’s a great venue to hear some adventurous progressive rock.

U2 is bringing its eXPERIENCE + iNNOCENCE Tour to the United Center this Wednesday night. The band’s 2017 effort Songs Of Experience album drew favorable reviews in the media, including here on Broken Hearted Toy. The tour title suggests U2 will be concentrating on more recent material (Songs Of Innocence was released in 2014) but hopefully they’ll perform older favorites like “I Will Follow,” “Pride In The Name Of Love,” and “Vertigo.”

The Imperial Sound, a seven-piece soulful rock band that comprises veterans of The Service, New Duncan Imperials, The Goldstars, EXPO’ 76, The Krinkles, Devil In A Woodpile, Mucca Pazza, and Jay Davis Trio, is performing at the GMan Tavern on Clark Street this Thursday night. There are six vocalists in this band. Their debut album The New AM is due out soon, and fans can get a preview on the official website. The Handcuffs (also working on a new album) will be the opening act for the show this Thursday. The music starts at 9:00 p.m.

The above mentioned EXPO ’76 will be returning to my sleepy hometown of Palatine this Friday night for another evening of fun and unpredictable cover versions. The music starts at 8:45.

Also in Palatine this Friday, the Creative Tribal Collab will be holding another open mic night at Christie’s Dairy Delights n’ Coffee from 6:30 to 9:00 p.m. Maria Jordan will host and Cosmo Bob will be on sound.

Great Moments In Vinyl will be performing Pink Floyd’s entire Dark Side Of The Moon and Wish You Were Here albums this Friday night at Martyrs’ on Lincoln Avenue. GMiV has a roster of several local musicians, so you never know which ones will be on hand for a particular show. Friday night’s event starts at 9:00 p.m.
Posted by Terry Flamm at 9:55 PM