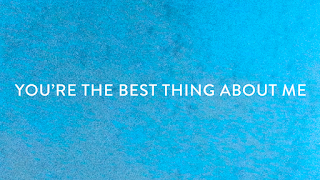 It was a pleasant surprise when WXRT air personality Johnny Mars introduced a new song by U2 the other day. The melodic “You’re The Best Thing About Me” will be on a new album titled Songs Of Experience due out in December. WXRT’s morning DJ Lin Brehmer did a short telephone interview with U2 frontman Bono that can be heard on the station’s website. Brehmer was decidedly NOT among those whining about how evil U2 was to deliver a free album a few years back.

Best wishes to Bruce Brodeen as he retires from his online music store Pop Geek Heaven. Brodeen previously ran the the critically acclaimed and influential Not Lame record label. International Pop Overthrow founder David Bash recently posted a tribute to Brodeen on Facebook, noting, “I hope nobody ever forgets his contributions to the pop scene, which were beyond invaluable.”

By the way, congratulations and best wishes to David Bash and Rina Bardfield on their upcoming marriage. I wonder if they’ll have six bands at their reception, each playing a half hour set.

Kaleidoscope Eye Festival Of Modern Psychedelia continues tomorrow night with eight bands at the Live Wire club. Diagonal kicks things off at 7:00 p.m., and will be followed by White Shape; Constantine; The Red Plastic Buddha; The Orange Drop; Magic Castles; Warhorses; and Sisters of Your Sunshine Vapor. Live Wire is located at 3394 N. Milwaukee.

Chicago Fringe Fest finishes up its 2017 run this weekend in Jefferson Park. Those interested in attending will need to buy an admission button for $5.00 (only one is needed for the entire festival), as well as a $10.00 ticket for each show.

UK band The Chemistry Set has created an eye-popping, politically charged video  for “Rubicon,” one of the three impressive songs on its new single on the Fruits de Mer vinyl-only label. The other two tracks are the eccentric and funny “Lovely Cuppa Tea” and a rousing cover of The Moody Blues’ “Legend Of A Mind.”

Martyrs’ on Lincoln Avenue has an eclectic four-act event coming up on October 7 with the sci-fi, high energy music of Tomorrow The Moon, the catchy, coed indie rock of The Handcuffs, the rockabilly sound of The Amazing Heeby Jeebies, and the hard rock/punk of Samson The Aviator. The show starts at 8:30 p.m.

Cliff Johnson and The Raine will be the opening act when power pop masters The Smithereens return to The Arcada in St. Charles next Saturday, September 16.

My wife Pam and I met several fun and interesting people at The Windy Kitty Cat Cafe And Lounge’s fundraising event last Saturday night. Chris Poole, whose Facebook page featuring his cats Cole and Marmalade is gaining popularity, was there for the entire event, chatting with just about all of the guests. He reminds me of Arthur Darvill of Doctor Who and Legends of Tomorrow, but maybe it’s just the English accent. Once it officially opens, The Windy Kitty Cafe and Lounge will give people an opportunity to enjoy beverages while visiting with up to 10 cats available for adoption.
Posted by Terry Flamm at 11:16 PM