Upcoming Shows And Some Self-Promotion 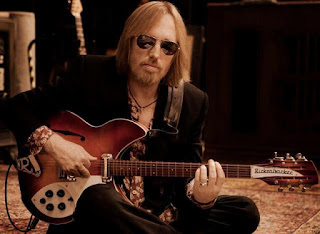 Photo from the Tom Petty and The Heartbreakers Facebook page.

Goose Island and WXRT’s Friday Night Sounds on the Plaza at Millennium Park concert series continues this week with an acoustic set by Chicago’s long-running punk band Smoking Popes. The show has an inconvenient starting time of 4:30 p.m., but hopefully those of us who work nine-to-five will be able to catch some of the Smoking Popes before they finish at 6:30. Upcoming Friday Night Sounds concerts include Tim Kinsella and Joan Of Arc on August 11 and Scott Lucas of Local H on August 18.

Local pop band Ne-Hi, who came across very well on a recent appearance on XRT’s Local Anesthetic program with Richard Milne, have a gig coming up on July 15 at Lincoln Hall.

The 2017 Writing Workshop Of Chicago held last Saturday at the Congress Plaza Hotel on Michigan Avenue no doubt provided inspiration as well as a reality check for aspiring authors. There were several sessions hosted by industry professionals that offered essential tips on getting published. For an additional fee, you could have one-on-one time to pitch your book to a literary agent or get feedback on its first 10 pages.

I opted for the latter, and had a rewarding conversation with a successful author/writing teacher about my Young Adult, paranormal rock and roll novel. Her encouraging words gave me a buzz I’m still enjoying four days later, and she suggested some astute edits as well. Now, the challenge is for me to put those positive vibes into action.
Posted by Terry Flamm at 10:43 PM