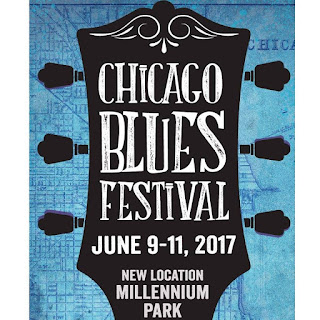 If you’re a Chicagoan with out-of-town guests this weekend, you’ll have plenty of ways to impress them with some hometown culture.

The Printers Row Lit Fest returns to the Printers Row section of downtown Chicago this weekend. The event will feature 200 authors and presenters, as well as 150 booksellers. There are other interesting vendors and food places too. Admission to the fest itself is free, but it does cost money to attend the speaking engagements/book signings by Abdul-Jabbar and Al Franken.

Two of Chicago’s most popular arts fests take place this Saturday and Sunday, and they’re within walking distance of each other. The Old Town Art Fair, which is located at 1763 N. North Park Avenue, will be back for its 69th year, with 250 juried artists, a garden walk, and live music. The Wells Street Art Festival, at the corner of North and Wells (just south of Second City), has a bit more of a party feel, and if the weather’s nice, the street gets extremely crowded. It also offers a schedule of live music.

The Andersonville Midsommarfest is located at 5200 N. Clark, and runs Friday through Sunday. The New Invaders, one of Chicago’s best 1960s cover bands, will be performing at Midsommarfest at 4:00 p.m. on Sunday.

Long-time blues rock (and occasional classical) performer Corky Siegel will be the keynote speaker for Jews and the Blues, a three-day event held by the Congress of Secular Jewish Organization at the University of Chicago at Chicago this weekend.

Denny Laine, a founding member of The Moody Blues and a member of Wings; Fran Cosmo, who was a lead vocalist for Boston; and Joey Molland from Badfinger will be performing together at The Arcada in St. Charles this Saturday. The show starts at 8:00 p.m.
Posted by Terry Flamm at 10:30 PM