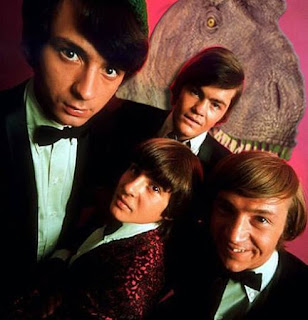 I’m awfully late getting this post out, but there’s still a lot of live music to catch outdoors in the Chicago area through the 4th of July.

FitzGerald’s 36th Annual American Music Festival  in Berwyn has a full plate of entertainment tomorrow, with performances by Brett Newski; Ike Reilly; Tributosaurus as The Monkees; and others. CJ Chenier; Marcia Ball; Dave Alvin; and The Blisters are among the performers on Monday.

Milwaukee’s annual SummerFest continues tomorrow, skips Monday, and then runs July 4 through July 9. Acts scheduled to perform include Tom Petty And The Heartbreakers; Bob Dylan; Sheryl Crow; The Shins; and Tegan And Sara.

The very first Live On Lincoln festival combines an eclectic live music lineup of with food from local vendors on Sunday.

The International Festival Of Life has returned for a 25th year of featuring Caribbean, African, and Latin American culture. It runs in Union Park through July 4.

Collective Soul performs tomorrow at the 30th annual Ribfest in Naperville, and you can catch The Wallflowers, and Better Than Ezra on Monday. The festival has raised over $15.5 to help eliminate child abuse and domestic violence.

Live rock continues at The Palatine Jaycees’ 60th Annual Hometown Fest in Palatine tomorrow and runs through Monday night. Scheduled acts include Serendipity on Sunday at 5:00 p.m. and the Rolling Stones tribute band Hot Rocks at 5:00 p.m. on Monday.

The Mount Prospect Club 79th Annual Lions Club Festival has live bands running through July 4; including School Of Rock tomorrow; Serendipity and Seventh Heaven on Monday; and Jay Goeppner and Backdated on Tuesday.