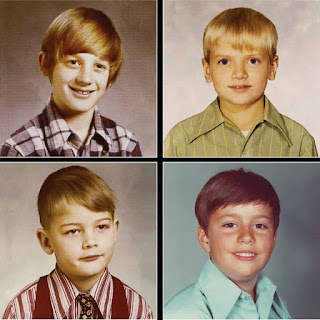 Three years have passed since the The Mike Benign Compulsion gave us Here’s How It Works, a collection of satiric tales put to power pop arrangements. The recently released Kid shows the Milwaukee-based quartet still favors that approach and knows how to make it work. Singer-guitarist Benign’s lyrics on these 11 new songs simultaneously leave the listener laughing and a bit worried, while the music is consistently well crafted and engaging.

“The life inside your head’s the better one to live in,” Benign suggests on “What You Do To Me.” The song’s bump and grind rhythm and guest musician Ed Spangenberg’s trombone playing evoke a strip club, but this song could also be about some creepy guy ogling women on a street corner. “Best Years Of Our Lives” offers pure sarcasm as the band sets typical senior citizen complaints to guitar-driven power pop. The self-centered subject of Benign’s catchy “Gadfly” could be any number of people in the current news, while the more complicated title track presents a guy looking back at his younger self as if he were another person.

“Goodbye, Kid Dreams” deals with the sobering realization that most of our lifelong plans may never see the light of day, while the acoustic-based “Hooray” opens with the line, “I’ve got to get out of my head before there’s no getting out anymore.” “The Legendary Band (That’s Still Together)” might have worked better as a rocker rather than a ballad, but it’s still a prime example of Benign’s ability to spin intriguing tales from various points of view.
Posted by Terry Flamm at 9:47 PM