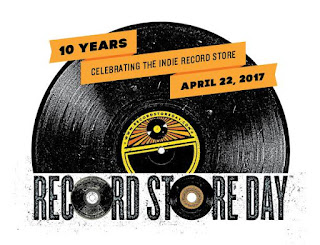 As far as I can tell, there’s no way to find out in advance what the prices will be on any of the Record Store Day releases. A seven-inch single can run from a few bucks to $15.00, and the cost of albums and EPs varies as well. Box sets are sure to be expensive but it might be worth rolling the dice on some of this year’s more tempting selections.

Just Say 50, The Sire Records 50th Anniversary four-LP set reaches back to the label’s very first single (“Hocus Pocus” by Focus) and up to current releases by artists like Wilco. There are several tracks by late 1970s and early 1980s punk and new wave acts, including Echo And The Bunnymen, The Pretenders, The Ramones, Depeche Mode, The Smiths, and Talking Heads.