It’s A Small World After All 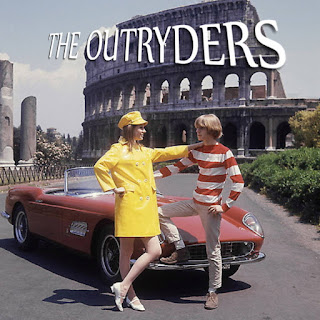 I frequently worry that the postings here on Broken Hearted Toy are too Chicago-centric to interest anyone outside the immediate area. So here’s some far-reaching entertainment business news.

Joe Algeri, the hardest-working singer-songwriter/multi-instrumentalist in Australia has just released a new song by The Outryders. (He’s also a member of The Britannicas, The Jangle Band, and The JAC.) “Live For Today”/“Piangi Con Me” finds Algeri and Paul Colombini performing a catchy and very fun blend of the original version by The Grassroots and a later one by the Italian band The Rokes.The song also features Britannicas bassist Herb Eimerman, and is available for free download on Algeri’s Bandcamp page.

UK-based Genesis Publications had an exhibit at the AIPAD-hosted Photography Show in New York today to celebrate the 100 limited-edition music books it’s published since 1974. Photos on display at the Genesis booth included ones relating to John Lennon, Ringo Starr, Bob Dylan, Yoko Ono, and Paul Weller. Noted photographer Mick Rock was on hand to sign bookplates from Transformer, a Genesis book devoted to Lou Reed.

The French band Phoenix will be traveling the globe performing “Lisztomania,” “1901,” and other selections from their oervre for the first time in two years. The tour will bring them to London, Tokyo, Paris, Jakarta, Manila, Rome, Berlin, Lisbon, Hollywood, Chicago and other major cities.

Fruits de Mer, the UK indie label that puts all its releases on slabs of vinyl (frequently coloured), has some new efforts on the way. The bands Sendelica and Superfjord combine forces on the seven-inch single “Zappa,” which features “Peaches En Regalia” on one side and “Don’t Eat The Yellow Snow” on the other. Astralasia’s new double album Oceania has over an hour of new and original electronic/chill music. The album has a gatefold sleeve and includes a perforated seven-inch blotter. I’m not sure what a perforated seven-inch blotter is; I’m just quoting the press release.
Posted by Terry Flamm at 10:22 PM