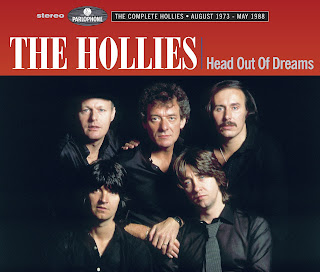 This coming February 24th would have been George Harrison’s 74th birthday, and there are some fun shows coming up in his honor. WXRT air personality Terri Hemmert will celebrate George Harrison's birthday on her Breakfast With The Beatles show this Sunday morning on from 8 to 10 a.m.

Congratulations to Breakfast With The Beatles contributor Professor Moptop on reaching his Kickstarter goal to fund his Textbook Beatles Vol. 1 project.

Ellis Clark and The Big Parade featuring Ary Paloma Jeebie will be hosting a a George Harrison Birthday Tribute Concert on February 25 at Martyrs’. Special guests so far include Mars Williams from The Psychedelic Furs, Carla Prather of Poi Dog Pondering, Phil Angotti, The Handcuffs, Aethereal, Social Act, The Polkaholics and Gunnar Cleermann all the way from Denmark. Admission is $10 in advance, $12 at the door.

If you want to impress the musicians at the Martyrs’ George Harrison Birthday Tribute Concert, tell them you ordered one of the limited-run, numbered and estate-stamped copies of I Me Mine – The Extended Edition from the U.K.-based Genesis Publications. This elite, updated take on the quiet Beatle’s 1981 autobiography is printed on Italian art paper and comes in a boxed set that includes an exclusive vinyl record. The price is £245.00. Or you can go with the far less elaborate version for $36.81 on Amazon.

Chicago sci-fi rockers Tomorrow The Moon perform their first show in about a year when they open for the Boston-based InAeona trio next Friday, February 24 at Live Wire. Tomorrow The Moon’s latest album, the 14-song Blow, Mind Blow, is available on iTunes.

The hard-hitting English band The Godfathers is back in action with A Big Bad Beautiful Noise, its first album since 2014. As noted by critic Tim Stegall in his review for Magnet, The Godfathers regrouped eight years ago, although lead vocalist Pete Coyle is the only original member. Stegall gave A Big Bad Beautiful Noise nine out of ten possible stars.

Other new albums include Live In Paris by Sleater-Kinney and Reflection by Brian Eno.

The Hollies have released a six-CD box set titled Head Out Of Dreams: The Complete Hollies August 1973  – May 1988. It includes official recordings from the band throughout that time period, as well as a 24-page booklet and the previously unreleased "You’re All Woman" and "You Gave Me Strength." .

Critically acclaimed and beguiling indie rock artist St. Vincent is the official Ambassador for Record Store Day this year. The annual springtime event (there’s also a Black Friday version in November) is now in its tenth year of offering exclusive, one-day only treasures on vinyl. RSD takes place on April 22.

Streetwise, the Chicago publication dedicated to providing income to the homeless as well as a path back to productive lives, is holding a 21-and-older Karaoke Fundraiser on March 4 at 3415 N. Clark. The $25 admission includes unlimited well drinks, drafts, and shot specials. There will raffles, and participants get 25% off the entire food menu.

Now that the band Take Me has reunited, it should be interesting to see what kind of shows they’ll play on the Chicago area club scene. Back in its heyday, Take Me put together a playlist of cover versions that incorporated up-and-coming power pop bands like Shoes, 20/20, The Paul Collins Beat, and Ian Lloyd. In fact, I discovered some of my favorite bands of that genre via Take Me gigs.

The 33 – A Cabinet of Curious Characters New Works by by MaM! exhibition continues its at the Rotofugi Designer Toy Store and Gallery at 2780 N. Lincoln Avenue in Chicago through February 26.