All Lit Up - Part Two 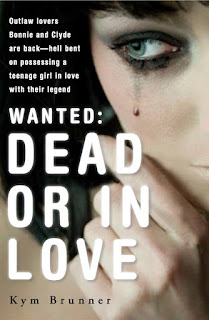 After a considerable delay due to a number of freelance proofreading assignments (not that I’m complaining), here’s the second half of my look at the Printers Row Lit Fest that was held in Chicago on June 6th and 7th.

It wasn’t always easy to identify what roles the various participants at The Printers Row Lit Fest played in the whole scheme of creating or enjoying books. After an oral synopsis of my rock and roll novel appeared to make a favorable impression on a representative at one of the booths, I asked if they were currently accepting submissions. She explained that they were a book club, not a publishing house. Luckily, I did find a few local publishers who were interested in receiving some sample chapters. If anything develops from those leads, Broken Hearted Toy will be the first media source to break the news. Meanwhile, talking to published authors about their efforts proved to be informative and entertaining.

Artist-writer Verzell James creates graphic novels featuring African-American heroes, with a goal to educate as well as entertain. Earlier this year, he was selling his merchandise and comic books like Reaper and Tough City at C2E2. Author J. Eric Booker told me about his Elysian Dynasty fantasy trilogy of The Swords Of The Sultan, The Reign Of The Sultan, and The War Of All Wars, which center on the adventures of a young thief named Baltor Elysian. C.A. Newsome pursues a canine angle in novels like A Shot In the Bark and Sneak Thief from her Lia Anderson Dog Park Mysteries, and Blake Hausladen’s The Vesteal Series offers tales steeped in magic and set within dark forests.

YA author Kym Brunner, who is the co-leader (with YA paranormal author Cherie Colyer) of the writers group I belong to, was on hand selling copies of her suspenseful Wanted: Dead Or In Love, in which two teenagers are possessed by the spirits of Bonnie and Clyde, and her comedic effort One Smart Cookie. In addition to authors, The Printers Row Lit Fest also featured panel discussions with famous writers, MiSC, which describes itself as a pop culture wonderland for Chicago; writers groups like Sisters In Crime; and vendors selling vintage newspapers, posters, and books. All in all, a great place to dive headfirst into a sea of creativity and imagination.
Posted by Terry Flamm at 8:21 PM

I loved running into you there, Terry! And fingers crossed that some lucky publisher picks up your perfectly authentic, suspenseful rock-n-roll novel!! Thanks also for the nod to my novels! xoxo, KYM