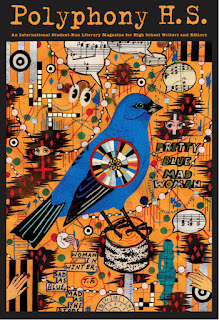 The Printers Row Lit Fest in Chicago’s South Loop this past weekend offered positive signs for the publishing world at a time when book stores are either vanishing or devoting more and more of their inventory to non-literary items like toys. It also helped calm fears that in the very near future people will be communicating exclusively through acronyms. In addition to being fun and informative, the event underscored the importance of the written word across generations, faiths, and nationalities.

Printers Row Lit Fest is also a great opportunity for an aspiring author like myself to have face-to-face conversations with published writers. I’m in the midst of submitting three novels (one rock and roll satire and two Middle Grade fantasies) to agents and publishers. Having the writers (and some illustrators) seated at tables throughout the event was reminiscent of the Artists Alleys at Wizard World Comic Con and C2E2 (Chicago Comic and Entertainment Expo). Even if you’re not an artist yourself, the creative energy in the air was exciting. Printers Row Lit Fest, with its many authors, had that same buzz. Here are some of the exhibitors I talked with this year.

The 826CHI non-profit organization aims to introduce students between the ages of 6 to 18 in the Chicago area to the joys of writing. All of its programs are free. Polyphony H.S. is an Evanston-based student-run literary magazine that’s been around since 2004. Teenagers around the globe are encouraged to submit their work. The Mash is a weekly newspaper created by teenagers, and its contributors get paid for their work. It’s not uncommon for some of the teen-created articles in The Mash to get picked up by mainstream media outlets.
Posted by Terry Flamm at 10:50 PM