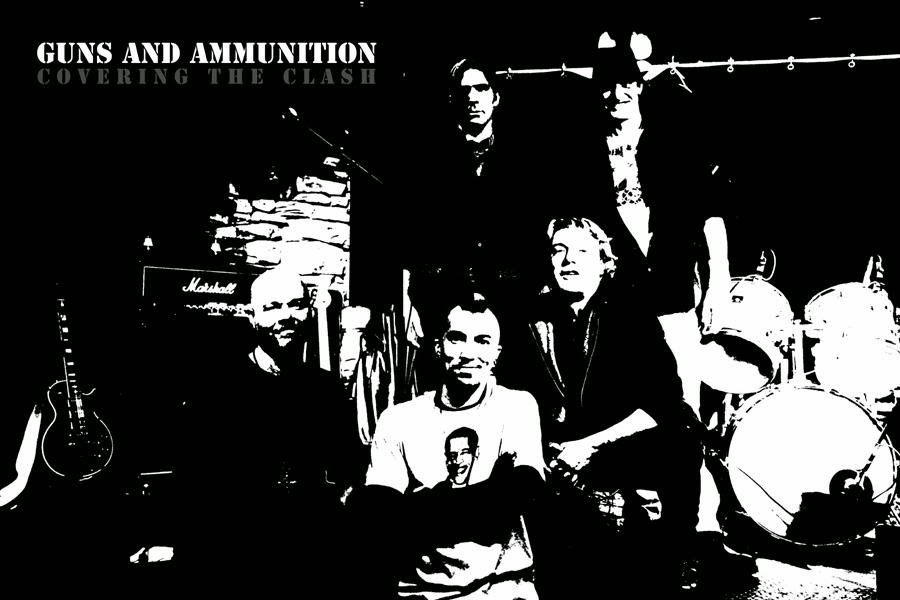 The Foo Fighters will be performing a rare small-venue gig at the Cubby Bear tonight but unless you already have a ticket, you can’t go. Those who’d like to see the sold-out show can watch a live stream of it tonight on HBO’s Facebook page, following the premiere of the cable network’s Foo Fighters: Sonic Highway series. The band just wrapped up a week-long residency on Late Show With David Letterman that included performing “Kick It Out” with Heart.

I would have included this in my Wednesday post about tribute bands had I known about it. Tributosaurus is going back to the 1980s for a show of one-hit wonders tonight at the Copernicus Center in Chicago’s Jefferson Park neighborhood.

Clash with Zombies. Speaking of tribute band shows, I dropped by The Abbey Pub last night for a lineup that featured Get Back as The Beatles; Phil Angotti and Beachwood Park as The Zombies; Guns And Ammunition as The Clash; and Frank Canino as Roy Orbison. I wasn’t able to stay for the entire event, but I did catch Guns and Ammunition and Phil Angotti. Guns And Ammunition nailed the urgency and power of The Clash with an impressive song selection that included “Police And Thieves,” “London Calling,” Julie’s Been Working On The Drug Squad,” and “Spanish Bombs.” Angotti, a master at doing these types of shows, created gorgeous three-part harmonies with keyboards player-vocalist John San Juan from Hushdrops and bassist-vocalist Casey McDonough on Zombies classics like “Tell Her No” and “She’s Not There,” along with deep cuts from Odessey And Oracle.

Bash with zombies. Elgin will hold its fourth annual Nightmare On Chicago Street, an ambitious Halloween celebration that envelopes the downtown area in spooky fun, next Saturday, October 25th. There will be special guests, live rock bands, and a costume contest. Part of the entertainment will be a store front theater showing Grandma Zombie, a sitcom created by Jeff Kelley and David Metzger especially for the event. I was involved with the filming of Grandma Zombie for the past few weeks, playing a government agent on the lookout for zombies. It should be interesting to see the final result.

Rock critic/Sound Opinions radio show host Jim DeRogatis will be operating in a humorous vein when he hosts Chicago Comedy Film Festival Featuring W.C. Fields and Ernie Kovacs  at 6:00 PM tonight at the ShowPlace ICON in Chicago at 1011 South Delano. The event will include screenings of The Ernie Kovacs Show from 1956, The Ernie Kovacs Special from 1961, and the W.C. Fields Straight Up documentary hosted by Dudley Moore. There will also be a Q and A session with members of the Kovacs and Fields families.

Penthouse Sweets, a fun and energetic Chicago-based band with a few CDs out, are going to be part triple bill tomorrow night at Phyllis’ Musical Inn on Irving Park Road in Chicago. Pittsburgh indie rock trio The Lampshades, and Red Lions are the other acts.

Rockabilly in a classy setting. The Neverly Brothers will be bringing their oldies/rock music history show to the Raue Center For The Arts in Crystal Lake tomorrow night.


Also, on October 23rd, Roxy Swain, a local pop band that has had two CDs favorably reviewed here on BHT, will be at Beat Kitchen, along with The Erratics and Jimmy Gills.

Hushdrops have an in-store appearance at the Reckless Records location on Broadway coming up next Saturday afternoon. The band will be promoting its new Tomorrow album.

The Bangles will be honored as part of The Women’s International Music Network’s 2015 She Rocks Awards on January 23 next year, as part the NAMM Show at the Anaheim Hotel. Guitarist Orianthi, a previous honoree, and Women’s International Music Network founder/journalist Laura B. Whitmore will serve as co-hosts of the event, which will also honor saxophonist-vocalist Mindi Abair. The She Rocks Award comes just The Bangles will be celebrating the 30th Anniversary of the release of their major label debut All Over The Place. In other Bangles news, the band will present ‘Rocky’s Revival,” an all ages show at the Troubadour in Los Angeles on November 1st.
Posted by Terry Flamm at 11:03 AM