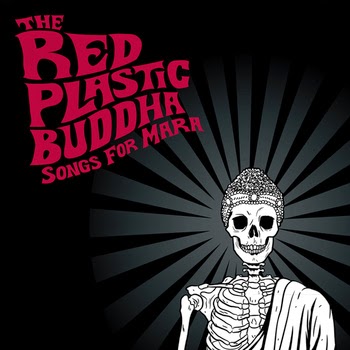 Halloween is over four weeks away and homeowners have yet to transform their front lawns into gruesome replicas of torture chambers, but it’s not too early to start planning that Halloween party playlist. Maybe I’m only thinking this way because on Sunday I’ll be portraying a government agent who hunts zombies. Jeff Kelley, of Sunday Morning Coffee With Jeff  fame, and graphic artist David Metzger have been making spooky and fun film clips for the city of Elgin’s annual, amazingly ambitious Nightmare On Chicago Street Halloween celebration for a few years now.

Previously, I’ve played an author who’s a zombie expert and a right-wing politician. This time out, Kelley and Metzger are creating five episodes of a zombie-themed sitcom that will be shown throughout Nightmare on October 25th, possibly in a makeshift storefront movie theatre. I’ve already finished one scene with them, and there are others to be done. As in the past, Kelley and Metzger, along with the performers they assemble, make the filming a lot of fun.

Now, on to the first BHT Halloween song of 2014. Back in 2009, I profiled a different Halloween-suitable song for each day of October, and I’ve done some new posts since then.

“Stuck At Zero” is the final track on Songs For Mara, the latest CD from Chicago-based psychedelia masters The Red Plastic Buddha. According to a note on the group’s Bandcamp page, this latest effort, “makes a break from the flower power psychedelia of [previous release] All Out Revolution, with darker themes addressing addiction, obsession and madness.” They carry this out with inventive instrumentation, and in the case of “Stuck On Zero,” a hefty dose of gallows humor.

The song opens with a screeching guitar before shifting to trudging arrangement that evokes images of zombies on the prowl. Lead singer-bassist Tim Ferguson opts for a yelping vocal style that’s equal parts rock and deranged creature, spitting out quick rhymes that suggest that zombie guys want pretty much the same things a lot of living guys want; an attractive mate, some cool wheels, job security, and a macho image.

“When I come back from the dead I ain’t messing around,” Ferguson warns at the dawn of this song. “Get on the wrong side of me I’m gonna run you down.” He’s also proud of his girlfriend (“She loves me for my brains/Yeah man, she’s my world”) and doesn’t have time for the usual zombie means of getting around. “I won’t be moving slow/I’ll dig your daddy up and steal his GTO.”

There’s no mention of eating people in the lyrics, but being a zombie does come across as being a full time occupation. “Won’t work no 9 to 5/My new full time gig is being un-alive.” This particular zombie also has aspirations for achieving fame. “When I come back from the dead won’t be no room for doubt/Zombie superstar I got it wall worked out.”

No one can say the living dead don’t have dreams.
Posted by Terry Flamm at 10:32 PM