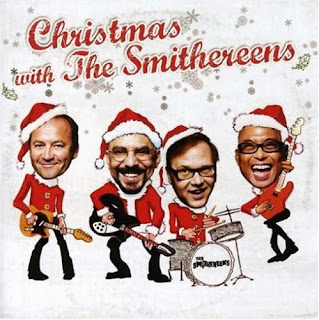 Here’s another holiday rerun from the Broken Hearted Toy vault.

The Smithereens set Clement Clark Moore’s classic poem, ‘Twas The Night Before Christmas to a jazzy percussion-led arrangement, and open “Auld Lang Syne” with acappella vocals before launching into a rollicking instrumental jam session. All in all, Christmas With The Smithereens is a date worth keeping.
Posted by Terry Flamm at 10:23 PM