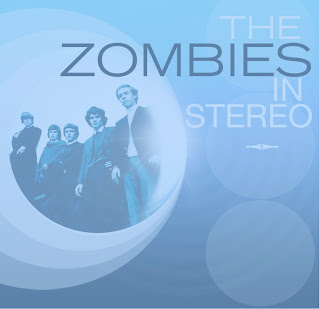 This post was intended for yesterday, but I was out making rather merry last night, and it got delayed.

I joked in last week’s Slumgullion that Chicago-based singer-guitarist Phil Angotti’s tribute to The Zombies at Martyrs’ Pub might be a deciding factor in the British Invasion band’s being one of the nominees chosen to be 2014 Inductees into The Rock And Roll Hall Of Fame. Even if Angotti doesn’t wield that kind of influence, his performance of the entire Odessey And Oracle LP, backed by bassist Casey McDonough, singer-guitarist John Aselin, keyboards player Dick Schmidt, and drummer Kriss Bataille, served as a lesson in how much more The Zombies had to offer beyond a few hit singles.

It was an ambitious undertaking, and as Angotti good-naturedly conceded onstage, not all of it went smoothly. The intricate vocal interplay of “Changes,” for example, seemed a bit off-kilter. But Angotti and friends succeeded nicely in demonstrating that Odessey And Oracle is an underrated treasure box of British pop tunes. In addition to the hit single, “Time Of The Season,” the LP had ornate gems like “Hung Up On A Dream” and “Care Of Cell 44,” along with the jazz-influenced “Misty Roses” and the optimistic “This Will Be Our Year.”

After a short break, Angotti and his back-up band returned for a set of hit singles, B-Sides, and rarities. He led off with The Zombies’ biggest hits, “She’s Not There” and “Tell Her No,” and proceeded to the less-successful “Leave Me Be.” Other highlights include “Summertime,” a song The Zombies had covered from the musical, Porgy & Bess, and “You Make Me Feel Good.”

We should know in a few weeks, if The Zombies will be inducted into The Rock And Roll Hall Of Fame. In the meantime, there’s a new import four-CD boxed set titled The Zombies In Stereo coming out on December 17th, and the band will be part of the Ultimate Rhythm And Blues - 50th Anniversary Tour,  along with The Animals & Friends; The Yardbirds; Spencer Davis; and Maggie Bell.
Posted by Terry Flamm at 2:52 PM