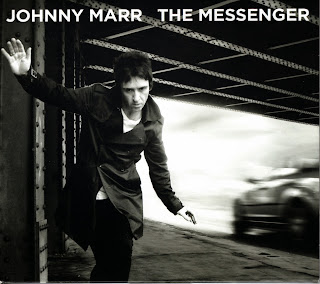 Time again for a list of the releases I liked best throughout the year. Putting them in numerical order is always a difficult and occasionally arbitrary process, but I’ve come up with a Top 25 List, along with some very worthy honorable mentions. With a few noted exceptions, all of these recordings were reviewed on Broken Hearted Toy at some point in 2013.

I’d like to extend my gratitude to all the artists, press agents, and labels that contacted me in regard to reviewing music, and I apologize that due to time constraints, I’m wasn’t always able to respond to every message. Your interest and suggestions are greatly appreciated.

To make things easier, I once again separated the Greatest Hits and Various Artists (with a few exceptions that made the Top 25 List) compilations. Here are some noteworthy examples in those categories:

Big Star - Nothing Can Hurt Me Soundtrack

Epicycle - You’re Not Gonna Get It

Big Star - Playlist: The Very Best Of Big Star (Review yet to come.)

1. Johnny Marr - The Messenger Amazingly, this was the first solo effort from the former Smiths guitarist. Marr taps into his 1980s roots with a flawless collection of energetic songs fueled by his signature guitar playing.

3. Palmyra Delran - You Are What You Absorb The former member of The Friggs channeled garage rock and the 1960s girl group sound on this energetic and melodic solo effort.

4. Amy Gore And Her Valentines - In Love Like Palmyra Delran, Gore is a Little Steven Van Zandt-approved garage rock veteran who combines great tunes with a dose of fun. (I’ll post a full review of this soon.)

6. Phil Angotti - Life And Rhymes At times another introspective work in the vein of his 2011 CD, People And Places, but Angotti also cuts loose with the bluegrass flavored “Daddy’s Country Records” and the sci-fi rock of “I See Spaceships.”
7. Ellis Clark - LP Number 1 An adventurous solo effort from the Chicago singer-guitarist-keyboards player known for his work with The Handcuffs, Epicycle, and Social Act.

9. Agony Aunts - Big Cinnamon A psychedelic side project from the California-indie band The Corner Laughers turns out to be imaginative and silly, with great harmonies.

10. Matthew Sweet And Susanna Hoffs - Under The Covers Vol. 3 This time out, Sweet and Hoffs deftly perform a number of gems from the 1980s, including ones by R.E.M. and The Smiths.

12. Nicholas Tremulis Orchestra - For The Baby Doll The multi-faceted Tremulis utilizes rock, blues, and soul as he takes a look back at the early days of his career with this CD/36-page book combo.

15. Crystal Jacqueline - “A Fairy Tale,” Jack Ellister - “Dawn Dream Club”, and Stay - “Mersey Dream” Although each of these is a vinyl 45, the Fruits De Mer label issued them simultaneously (along with a few other 45s). Most of the tracks are covers of music from the original psychedelic era.

16. The Melismatics - Rising Tide The Minneapolis quintet successfully expands beyond its obsession with 1980s techno pop while keeping the pulsating beats and irresistible melodies flowing.

17. The Abbeys - Please File Under: Twang International Pop Overthrow - Chicago veterans Mike Cohen and Jeff Janulis have become masters of harmony vocals, and augment their power pop with hints of Country and Western and satiric humor on this six-song EP.

20. Kevin Lee And The Kings - Breakout Singer-guitarist Lee always travels along the harder edges of power pop, and along with his band The Kings, provides an energetic setting for melodic songs about broken relationships.

21. Beki Hemingway - I Have Big Plans For The World Singer-songwriter Hemingway and her husband, guitarist-producer Randy Kerkman, play catchy power pop with elements of Sheryl Crow and The Continental Drifters on this six-song EP.

22.  Jupiter In Velvet - Shut Off Your Mind - This brash singer-songwriter from the UK trips back to the flamboyant glam rock era and tosses in an authentic cover of David Bowie’s “Starman.”

24. Laura Biagini - Sanctuary Of Sound The singer-songwriter conjures images of warm weather fun while channeling The Beach Boys and the girl groups sound of the 1960s.

25. Lisa Mychols - Above, Beyond And In Between Like Biagini, Mychols excels at tapping into the dreamy pop of Leslie Gore and The Shangri-Las, but she also takes a more modern approach on songs like “She Lied” and “Another Side Of Time.”

Honorable Mentions: Other 2013 Releases That Put A Smile On My Ears
(In No Particular Order):