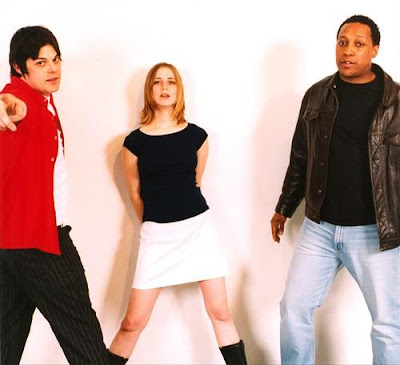 Ruhtenberg takes aim at slackers on “That’s Why It Is,” an energetic song that packs a similar satiric punch to The Dandy Warhols’ “Bohemian Like You,” but then switches gears for the romantic power pop of “The Wait.” Gluck takes center stage for her hipster tale of “Lauren,” which also features her slinky bass. Her earnest plea for love and support on “Fireworks (With Report)” is couched in keyboards and strings, while Ruhtenberg portrays a down-and-out character on the minimalist Country & Western tune, “Soda Machine.” The Pieces return to energetic power pop for “What You Want,” with Ruhtenberg and Gluck engaging in some high-speed vocal interplay.