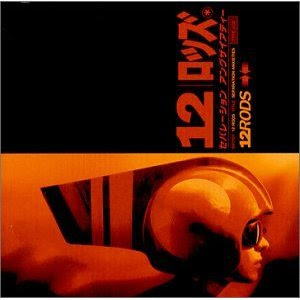 Note: This review originally appeared in the November, 2000 edition of the Illinois Entertainer.

12 Rods, a Minneapolis-based quartet, manages to sound both brash and sophisticated on its latest effort. Produced by Todd Rundgren, an acknowledged authority on classy pop music, Separation Anxieties proves lead vocalist-guitarist Ryan Olcott is equally at home composing high energy rock or blue-eyed soul. He gets seamless support on harmony vocals from his brother, a guitarist-keyboards player who’s known simply as Ev, and bass player William Shaw IV. (Drummer Christopher McGuire was replaced by David King after the album was recorded.)

“Kaboom,” a catchy look at sexual frustration, mixes guitars and percussion while showcasing Olcott’s knack for clever lyrics. “What Has Happened?” balances several funny scenarios with an extended instrumental passage that allows the musicians to show off their chops, while “Marionette” switches from a nursery rhyme to an energetic pop arrangement. “Radioaction” is a slow, soulful track with spacey keyboards and layered vocals, and 12 Rods experiment even further with trip-hop romance of “Your Secret's Safe With Me.”