CD Review: I’m From Barcelona - Let Me Introduce My Friends 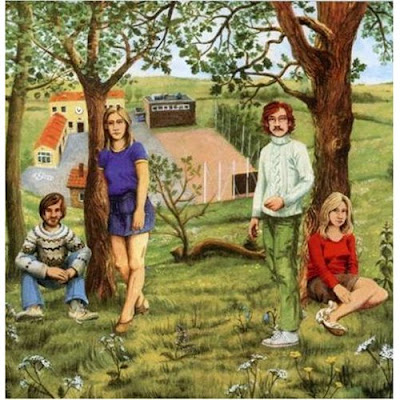 Note: This review originally appeared in the Illinois Entertainer in April, 2007.

Having 29 members and a CD brimming with peppy songs makes I’m From Barcelona seem more like a commune than a rock band. Led by singer-guitarist Emanuel Lundgren and named for a catch phrase on the Fawlty Towers TV show, this co-ed congregation actually hails from Sweden. Let Me Introduce My Friends exudes a childlike innocence up until “The Saddest Lullabye,” a slow-moving finale based on an adult recalling childhood traumas.

The catchy “Rec & Play” shows I’m From Barcelona at their most inventive, as Lundgren slips into hip hop singing while a massive choir supplies backup vocals. “Collection Of Stamps,” one of those rare pop songs that celebrates the joys of philately, bounces along with an arrangement that sounds like a sitcom theme, while “We’re From Barcelona” has a swinging ‘60s feel. At times, I’m From Barcelona comes across a little too cute, like when Lundgren chirps, “It’s a you and me house.” Then again, who could begrudge a band whose multiple members sound like they’re all holding hands and dancing while they sing?