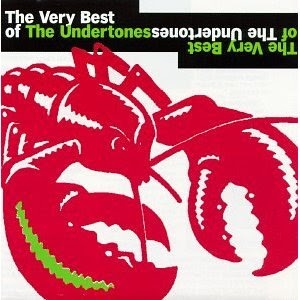 This is a review I did for the online Illinois Entertainer a while back. It’s for a Union Square, digital-only release.

Springing from Northern Ireland in the late 1970s, The Undertones were punk rockers who were more interested in romantic relationships than political upheaval. Their 1979 self-titled debut, a non-stop collection of Ramones-influenced songs conjured from an adolescent point of view, brought them worldwide attention. Subsequent albums didn’t fare as well, but as Union Square’s recently released digital-only compilation of The Undertones, Hypnotised, Positive Touch, The Sin Of Pride, and The Best Of The Undertones proves, the band recorded compelling music throughout its career.

Led by the distinctively voiced Feargal Sharkey, The Undertones pondered the mysteries of the opposite sex on “Boys Will Be Boys” and “Girls Don’t Like It,” but also tapped into Ray Davies style satire on “My Perfect Cousin” and “Male Model.” Later material found the band successfully moving into new wave territory, as on the soulful “Save Me” and the enticing “Beautiful Friend.”

Still, The Undertones were at their best on the early, adrenaline-pumping classics like “Teenage Kicks,” “(She’s A) Runaround,” and “Get Over You.” It’s hard to tell if this digital collection will spark renewed interest in the band, but as Sharkey wisely observed on “More Songs About Chocolate & Girls,” “It’s never too late to enjoy dumb entertainment.”