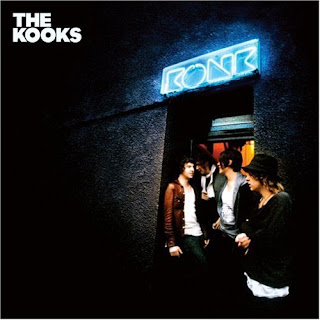 The Kooks are currently on tour in Russia, but I didn’t see anything on their website or MySpace page about releasing a third album in the near future. Here’s a review I did for the Illinois Entertainer of their 2008 effort, Konk.

The Kooks breezed to international success with their 2006 debut, Inside In Inside Out, a collection of easy-going songs steeped in British pop traditions. On Konk, Luke Pritchard continues to spin tales of tangled romances in his amiable, working-class English vocal style.

The wry social commentary of songs like “Mr. Maker” have rightfully invited comparisons to Ray Davies, but The Kooks also dabble in blues rock on”Love It All” and garage rock on the lustful “Do You Wanna.” The acoustic-based “Tick Of Time” has the feel of a fun, living room jam session, while “Gap” is an earnest love song augmented with strings. Pritchard seems to fancy playing the role of an average guy who has unintentionally offended his girlfriend by saying the wrong thing, and his heartfelt lyrics usually have us rooting for a reconciliation.