CD Review: Darker My Love - Alive As You Are 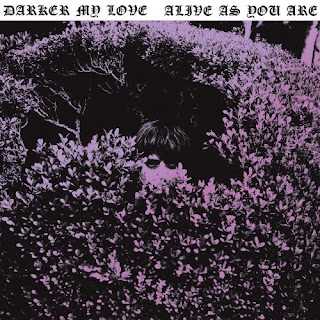 Alive As You Are, the latest effort from L.A.-based quintet Darker My Love, sounds like it could have sprung from the same era as Crosby, Stills, & Nash, but still exudes a fresh, cutting edge spirit. Much of the disc’s classic rock allure stems from the perfect harmonies crafted by guitarist-vocalist Tim Presley and bassist-vocalist Rob Barbato. Gifted songwriters as well, Barbato and Presley continually spin irresistible melodies, and all five members are in synch throughout these well-crafted arrangements.

The energetic “Maple Day Getaway” includes a hint of original San Francisco psychedelia among its various1960s influences. Will Canzonero’s adventurous keyboard playing mixes with a sly, Dylanesque wit on the catchy “18th Street Shuffle,” while “Split Minute,” with its ringing guitars and cryptic lyrics, follows R.E.M.’s method for reinventing The Byrds. Darker My Love further expands its boundaries with the introspective “June Bloom,” and the ambitious Brit pop of “Dear Author,” which would make a perfect companion for The Beatles’ “Paperback Writer.” Viewed by the band as a break from its earlier efforts, Alive As You Are is a daring and successful piece of work.