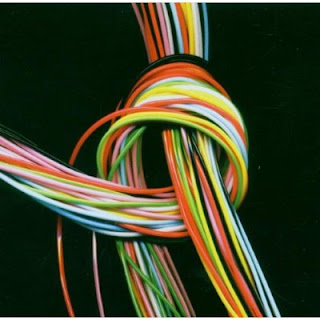 Note: This review originally appeared in the Illinois Entertainer back in 2006. The band has since released another effort; 2008’s Everything’s The Rush. Like You See Colours, it appears to be only available as an import.

Delays’ follow-up to their 2004 critically-acclaimed debut Faded Seaside Glamour, was postponed a few times. You See Colors only recently hit UK stores, and it’s still not available in America. A casual listen might mislead someone into thinking the band has ditched the baroque pop that attracted so much attention in the first place. But even on the trio of hard-pounding techno songs that open the CD, Delays are still working their melodic magic.

Colours features lead singer/guitarist Greg Gilbert’s soaring vocals on catchy pop tunes like “Given Time” and “Sink Like A Stone,” as well as on the harder-edged “Out Of Nowhere” and “Lillian.” “Too Much In Your Life” uses a convoluted arrangement with cheery harmonies that should get those Hollies comparisons going again. The overdue You See Colours was worth the wait.