The New Invaders Celebrate The 1960s 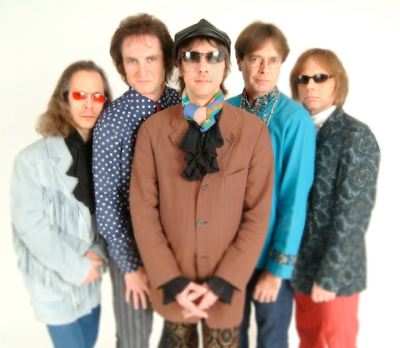 August 2009 brings the 40th anniversary of the Woodstock festival so now would a perfect time to catch one of the outdoor concerts The New Invaders will be performing around Illinois this summer. The band covers 1960s rock from its early innocent days, through the British Invasion, right on to the politically charged hippie era. All six band members are accomplished singers, which results in airtight harmonies on covers of Crosby, Stills, & Nash, The Mamas & The Papas, The Byrds, and The Hollies. Melody Mallin, who initially performed with the band as a frequent guest artist, was rightfully granted full New Invaders membership for her spirited renditions of Janis Joplin and Jefferson Airplane songs.

In addition to playing well known artists like The Rolling Stones, The Monkees, Herman’s Hermits, The Doors, and Cream, The New Invaders honor lesser known acts, including Crazy Elephant, The Chambers Brothers, The Seeds and The Human Beinz. August dates include Palatine on the 7th, Bensenville on the 12th, Gurnee on the 13th, St. Charles on the 14th, and Wadsworth on the 15th. See the band’s website at www.newinvaders.com for more info.

Index: British Invasion, Cream, Crosby Stills and Nash, Herman's Hermits, Hollies, The Byrds, The Doors, The Mamas and The Papas, The Monkees, The New Invaders, The Rolling Stones, Woodstock