Brehmer’s Bash: A Day In The Park 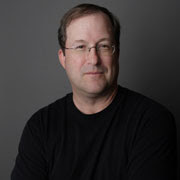 Lin Brehmer, the morning DJ on Chicago's progressive rock station WXRT, has always assured his listeners that he’s their best friend in the whole world. On Friday, August 21st, he invited them to drop by the Arlington Park Racetrack to celebrate his birthday with a free live broadcast featuring musical guests.

For years, Brehmer has offered a refreshing alternative to the usual obnoxious mayhem served up by rock ‘n’ roll morning drive-time types. Whether he’s lamenting the Cubs’ frustrating season, relating how he mispronounced Bono’s name in an early interview with the U2 frontman, or recalling the time he brought Australian garage rock band The Hoodoo Gurus back to his house at 3AM much to his wife’s dismay, Brehmer exudes a one-of-the-guys persona.

The fans who showed up at Arlington Park greeted the DJ with hugs and handshakes. Most brought cans of food to donate to the Greater Chicago Food Depository, as he had requested. Once the live broadcast began, news anchor Mary Dixon introduced a series of recorded tributes that were supposed to be about Brehmer, but actually honored Bono, President Obama, or ex-president Bill Clinton. People who, Dixon teasingly pointed out, had actually done something with their lives. Kristin Kay, who joins Brehmer and Dixon each Wednesday for the Corporate Takeover, a promotion that involves bringing snacks to companies around Chicago, was also on hand.

Singer-guitarist Alice Peacock, joined by guitarist Danny Myrick, charmed the audience with an acoustic version of “City Of Angels.” The melodic song, in which she describes missing Chicago while working within the frantic environment of Los Angeles, is from her latest CD, Love Remains. Jon Langford, a world renowned musician as well as one of the hosts of WXRT’s weekly program The Eclectic Company, performed a trio of songs with his band, Skull Orchard. The biting, socially relevant lyrics and guitar-driven arrangements evoked the vintage U.K punk of one of Langford’s other bands, The Mekons. Afterward, he told me the three songs will be on a soon to be released CD.

Throughout the three hour broadcast - - which included recorded birthday greetings from media personalities -- Brehmer, Dixon, and Kay mingled with members of the audience, creating a casual, summer party ambience. Fittingly, the Brehmer Bash ended with the surprise appearance of an Arlington Park donated birthday cake big enough for everyone in attendance, and a spirited rendition of “Happy Birthday.”