Halloween Song: “There’s A Ghost In My House” 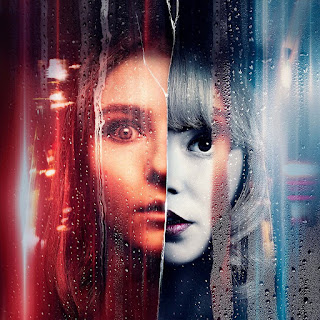 Cover art for the Last Night In Soho soundtrack

Even for those who haven’t seen the 2021 U.K. thriller Last Night In Soho, it’s well worth checking out the soundtrack. It’s packed with music from the Swinging ‘60s era, ranging from international hit singles to songs that were particular to the English charts. That’s where R. Dean Taylor’s “There’s A Ghost In My House” found success in 1974, after collecting dust since being recorded for the American label Tamla Motown in 1966. Although it was composed by the stellar writing team of Holland, Dozier, Holland, with help from Taylor, Tamla Motown didn’t see its potential. I had never heard this song before buying the Last Night In Soho soundtrack, but was immediately hooked by it.

“There’s A Ghost In My House” isn’t about a real haunting; it’s a series of clever, quick rhymes describing how much a guy misses his former girlfriend. “Where our love used to be,” Taylor sings to an arrangement that deftly melds classic soul with guitar-driven garage rock, “Only shadows from the past I see.” Taylor hears footsteps on the stairs, and feels fingertips running through his hair even though he’s all alone. He confesses, “In my mind, I know you’re gone, but my heart keeps holding on.” The song would make a perfect segue after The Electric Prunes nugget “I Had Too Much To Dream” on a Halloween party playlist.