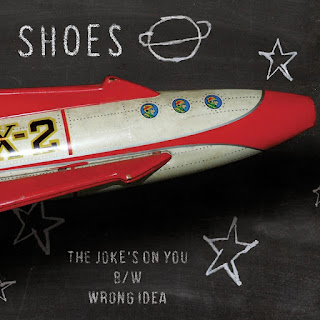 According to a Facebook post from Lorinda Murphy (Jeff’s wife) on the Shoes: Official Fan Page, a new seven-inch vinyl single from Shoes will be coming out on the Spanish label You Are The Cosmos June 15. “The Joke’s On You” and “Wrong Idea” previously appeared on the band’s 2012 album Ignition. The single will likely be available in America from Get Hip Recordings.

Legendary jazz performer/composer and radio personality Ramsey Lewis will celebrate his 85th birthday via a 50-minute concert (including encore) that will be live streamed next Saturday, May 30. Tickets for the intimate performance are $20 and can be purchased Stageit website. A portion of the proceeds will benefit The Jazz Foundation Of America.

Australian power pop outfit The Jangle Band will most likely live up to its name again when its new Metro Hotel EP comes out next week. Frontman Joe Algeri can be seen promoting its release with his usual offbeat humor on The Jangle Band Facebook page.

The 2020 edition of the CHIRP Record Fair and Other Delights take place on October 3, after being moved from its usual spring-time arrival. It’s still being held at the Local Plumbers Union Hall on Washington Street. Hosted by CHIRP Radio 107.1 FM, the event offers an amazing selection of rare vinyl, CDs, posters, and other memorabilia.

Tickets are now on sale for Peter Yarrow and Noel Paul Stookey of Peter, Paul and Mary GeneseeTheatre on October 4; and Chris Hillman. Herb Pedersen, and John Jorgenson at City Winery on October 25.

Yesterday’s edition of the Chicago Tribune carried Variety writer J. Kim Murphy preview of summer movies. The earlier films will show up Netflix, Amazon Prime Video, etc, but from July on, Murphy covers ones that will have a theatrical release. Of course, the one that caught my eyes was director Peter Jackson’s The Beatles Get Back, which is due out September 4.
Posted by Terry Flamm at 7:23 PM