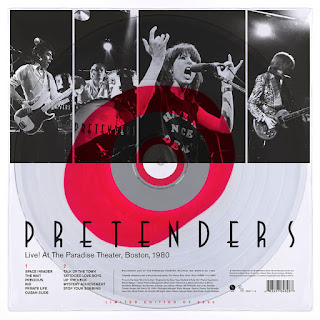 The list of limited-edition vinyl releases for this year’s Record Store Day is now available on the official RSD site, and once again, it includes music from virtually every genre. Some are vinyl editions of previously released CDs; some are concert recordings, and others feature previously unreleased material. There are a few CDs in this year’s batch and at least one cassette. Whatever style of music you prefer, if you collect vinyl, there’s sure to be something on this list that will have you standing in line outside your favorite record store on April 18. Here are just some of the artists included this year.

So far, my wish list includes a live double album of a Cheap Trick performance in 1977; a live album of a 1980 concert by The Pretenders; a seven-inch single of two Beatles songs recorded by The Smithereens; and a 12-inch single of “11 O’Clock Tick Tock” by U2. I’m sure I’ll be adding more selections as April 18 gets closer.
Posted by Terry Flamm at 8:45 PM