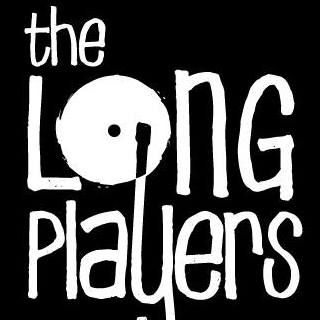 The Long Players, who apparently are to Nashville what Tributosaurus and Great Moments In Vinyl are to Chicago, will join forces with Hands On Nashville at the 3rd and Lindsley Bar and Grill tomorrow night, March 12. The event will raise funds for victims of the recent tornado there. The band members have extensive experience on the music scene—Steve Allen with 20/20, John Deaderick with Dixie Chicks, Steve Eby with Human Radio, Garry Tallent with Bruce Springsteen’s E Street Band, and Bill Lloyd with Foster and Lloyd—and they specialize in tribute concerts. The website doesn’t list a band for bassist Brad Jones but performing with The Long Players makes for an impressive resume. Tom Petersson from Cheap Trick and other special guests will also be involved performing original material and classic rock tunes tomorrow night. Hands On Nashville is an organization devoted to helping community needs through volunteers.

They’ll stop the world and melt with U.S. audiences. Modern English will celebrate its 40th Anniversary with an American tour in June and July.

Clark Weber, one of the better-known WLS disk jockeys on the Chicago AM radio station back in the swinging 1960s, has passed away. As noted in Rick Kogan’s tribute in yesterday’s Chicago Tribune, Weber introduced The Beatles when they performed at Comiskey Park in 1965. Rock In Paradise, Mr. Weber.

International Pop Overthrow – Chicago will be held at Live Wire on Milwaukee Avenue again this year, from April 17  to 25.  The schedule hasn’t been posted on the official website yet, but I understand IPO Founder/CFO David Bash has notified the participating acts as to when they’ll be playing. I’ve heard from local power pop band The Spindles that they’ll be performing on Saturday, April 25, along with Three Hour Tour and Scott Niekelski from Go Time. So, that night’s already looking pretty enticing.
Posted by Terry Flamm at 8:23 PM