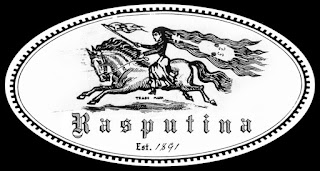 Last-minute Halloween entertainment suggestion: The bewitching Rasputina, which bills itself as “The longest-running, unique, historically based women's cello rock-band that includes men” has a 7:00 p.m. performance tonight at Subterranean on North Avenue in Chicago. The Brooklyn-based duo Charming Disaster will be opening.

The November issue of New City is the 27th edition of the local free publication’s annual Best Of Chicago honors.

Be aware of the Ides Of March. The Idea of March have a gig tonight at the Genesee Theatre in Waukegan, with special guests Mark Farner from Grand Funk Railroad; American Idol finalist Bo Rice; and Cathy Richardson, who’s performed with Jefferson Starship, portrayed Janis Joplin, and leads her own band. Writer Jeff Ebel had a full-length article in yesterday’s Chicago Sun-Times about The Ides Of March marking their 55th anniversary with their new Play On album, and this month’s New City Best Of Chicago issue names them the Best Chicago-Area band That Has Been Around For Fifty-Five Years. On as side note, Ides Of March frontman Jim Peterik was the first rock musician I ever interviewed. That was back when I was a child rock critic for the University Of Illinois - Chicago newspaper The Illini.

When Monster25, the 25th Anniversary edition of the R.E.M. album Monster comes out next Friday, one of the previously unreleased tracks will be a catchy instrumental titled “Uptempo Mo Distortion.” The song can be streamed on R.E.M.’s official website.

The Imperial Sound has a gig coming up this Monday at Martyrs on Lincoln Avenue. The band’s members are veterans of Chicago’s music scene, and frequently invites guest vocalists to help out at its shows. Rob Newhouse from The Elvis Brothers and singer-guitarist Rachel Drew are also on the bill.

The 50th Anniversary edition of The Kinks’ groundbreaking rock opera Arthur Or The Decline And Fall Of The British Empires came out yesterday in a seven-inch singles box set and a two CD set.

The Product Placement. By Andy Warhol. exhibition is now open at the Art Institute of Chicago, and will run through January 26.

Cracking good news! I’ve been following the Aardman Animations page on Instagram for a while now, and there was a recent post announcing that the studio’s brilliant and probably still most popular creation Wallace and Gromit now has an Official Instagram page all to its own. Aardman is currently celebrating Wallace and Gromit’s 30 anniversary.

Tommi Zender, a familiar face on Chicago’s northside club scene, will host The Autumn Beatles Social at the Old Town School of Folk Music on November 8. Participants will be able to perform Beatles songs in a friendly environment; advance sign-up is recommended. Zender recently released a new album of original material titled More Songs About Time.

Snap!, the greatest hits album released by The Jam in 1983, has been remastered for a new double vinyl release that will come with a bonus limited edition four-track seven-inch EP. It’s available for pre-order on Amazon.

The Rut will be performing next Wednesday, October 30 as part of the American Troubadour Night at Phyllis’ Musical Inn. Just as the previously mentioned indie rock band whitewolfsonicprincess came the Black Forest Theatre company, The Rut has its roots in the Famous In The Future comedy group. Both acts were regulars at Mary-Arrchie Theatre’s annual Abbie Fest, and both are now major forces behind the annual YippieFest held in August.

Peter Asher, formerly half of Peter and Gordon, as well as a highly successful record producer, is coming to City Winery Chicago on January 3. Autographed copies of his new book, The Beatles From A to Zed are available on The Fest For Beatles Fans website. If you anticipate having Beatles fans on your holiday gift list this year, The Fest For Beatles Fans official site has a lot of great ideas.

The Spindles, Go Time! and 45 Souls will make for a potent triple bill next Saturday night at Montrose Saloon.

Australian singer-guitarist Courtney Barnett has recorded a version of the Loose Tooth song “Keep On” for the Milk On Milk compilation album coming out on her own independent Milk! Label. All of the tracks will feature indie rock bands performing songs originally recorded by other indie rock bands.
Posted by Terry Flamm at 4:20 PM