The Laureates - And Then Not Even Then 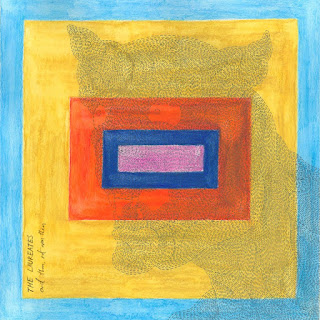 I’m still determined to post a Favorite Releases Of 2017 list, even if it takes until July to do it. Here’s another contender from last year, as I get closer to finally catching up.

The third album from The Laureates comes six years after their second one, but any worries that their unique sound might have deteriorated during that span are dispelled on the very first track. The Chicago-based quintet still fancies melding 1960s Brit pop with cutting-edge alt rock circa the ‘80s and ‘90s. And Then Not Even Then, which was self-recorded in a basement studio, actually finds The Laureates accomplishing that mission with even more success than they did on 2011’s impressive Spells.

“House Of Wives” combines the muscular pounding of The Who with a catchy arrangement spearheaded by vocalist-guitarist Chad Preston. In the midst of the hard-driving opener, “Youthy, Natural,” there’s an instrumental break with eerie Ray Manzarek style keyboards playing. Elsewhere, the band uses shimmering synth sounds to add texture to the offbeat but effective romantic overture “Let’s Merge.”

“Old As Gold” taps into the same rebellious spirit that fueled the underground imagery on “Youthy, Natural,” and then breaks into a galloping arrangement. “Creatures,” which echoes vintage R.E.M. with its twangy guitar, has Preston advising, “Whatever you do, pray that you’ll never be found” and later, “fight like I would.” There’s a sense of confusion and loss drifting through the careening guitars and steady beat of “Toys,”  which the band picked for its first video from the album. The more introspective “Stereo Man” brings a change of pace, and on the acoustic “Don’t Want To Dance,” a guy’s aversion to social get-togethers has an amiable Kinks feel.
Posted by Terry Flamm at 8:33 PM