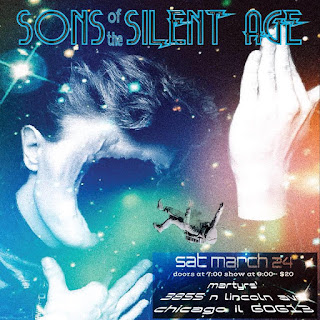 Black Panther, Marvel’s latest superhero blockbuster, is now in movie theaters, and according to Chicago Sun-Tmes critic Richard Roeper and Chicago Tribune critic Michael Phillips, it definitely lives up to excitement that has been building for months. In related news, Sun-Times columnist/WBEZ reporter Natalie Y. Moore joyfully notes in today’s edition, “Black Chicagoans are dressing up in regalia to see the film this weekend. They’re renting out theaters, hosting events, donating tickets to children and marveling in total geekdom.”

Buffalo Springfield member Richie Furay will join forces with The Wild Honey Foundation and a number of special guests tomorrow night at the Alex Theatre in Glendale, CA for a three-hour tribute concert for the band he helped found back in the mid 1960s. See my post from this past Wednesday for more details. Tickets range from $110 to $20. Proceeds will help the Autism Think Tank, an organization devoted to funding autism research.

By the way, the Saturday Night Live: The Experience exhibit is still running at the Chicago Museum of Broadcast Communications on State Street. It runs through December 31 of this year.

The Beatles’ animated move Yellow Submarine has been transformed into a graphic novel by noted artist/writer Bill Morrison and will be published by Ttitan Comics this summer. Morrison is president of the National Cartoonists Society and was recently named editor of Mad Magazine. 2018 marks the 50th anniversary of Yellow Submarine’s release.

Sopro Music has a tradition of giving us the blues each year at Thanksgiving and Easter with multi-act concert events. The company now has another blues festival in its repertoire; this one coming on the more appropriate blues occasion of giving our money to Uncle Sam. The Sopro Tax Time Relief All-Star Blues Revue will be held on Sunday, April 15 at the Pheasant Run Inn, located at 4051 Main Street in St. Charles. Several Chicago area blues musicians will be performing.

Noel Gallagher’s High Fling Birds concert at The Chicago Theatre next Saturday, February 24 will feature a 10-piece band, a horn section, and members of Oasis.

Celebrating David Bowie, the multi-act event that features Mike Garson, Earl Slick, Gerry Leonard and others, comes to The Vic in Chicago next Friday, February 23.

The 2018 George Harrison Birthday Tribute Concert takes place next Saturday night, February 24 at Martyrs’ on Lincoln Avenue. Many of the performers who made last year’s event so enjoyable are coming back again.

Singer-guitarist Keren Ann will be performing at City Winery Chicago next Tuesday, February 20. Sergio Mendes will be at that same venue on Sunday, February 25.

Early Man opened in movie theaters today, and while Chicago critics felt it doesn’t quite measure up to previous Aardmann Studio flicks like Wallace And Grommit, they seemed overall to think it was clever and funny.

The Continuing Adventures Of Babyface Joe And Mustache Joe. As revealed on last night’s Top Chef episode, my nephew Joe Flamm was able to work his way back to the main competition after winning three rounds of Last Chance Kitchen. Which means Top Chef again has two guys named Joe among its contestants. From the first episode of this season, Joe Sasto has been dubbed Mustache Joe while my nephew has been referred to No-mustache Joe, Joe Flamm, and on at least one occasion, Babyface Joe. Regardless of who makes it to the Top Chef finale, there will be a Joe Down Throw Down involving the above-mentioned guys at Spiaggia (where Joe Flamm is the Executive Chef ) on March. The $150 admission includes a five-course meal.
Posted by Terry Flamm at 10:57 PM