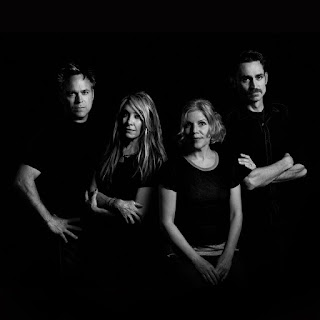 The Laureates, whose latest album And Then Not Even Then drew kind words in a review I posted here on Tuesday, will be part of a quadruple bill at Quenchers this Friday night. Little Church, Rooftop Love Club, and headliners Old Joy are the other acts performing. Quenchers is located at the corner of Fullerton and Western on Chicago’s north side.

Cliff Johnson And The Raine have a gig coming up this Saturday night at the Live@210 venue in Highwood, Illinois.

Coming to a record store near you. The Sunshine Boys have a two-part record release show celebrating their debut Blue Music coming up on March 24. They’ll be at Rediscover Records in Elgin at noon, before heading off for a 3:00 p.m. performance at Val’s Halla in Oak Park. Blue Music, by the way, is an amazing album and well worth picking up. I’ll be reviewing it here in the near future.
Posted by Terry Flamm at 9:48 PM