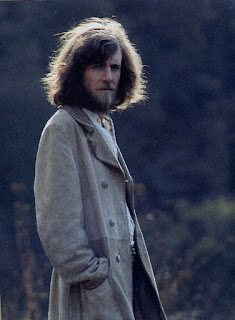 A hearty welcome to Graham Nash, who returns to Chicago for trio of shows, tonight, tomorrow, and Sunday night at The Old Town School Of Folk Music. It’s a mid-sized venue with good acoustics and a decades-long history of presenting well-known performers. A perfect match for Mr. Nash. He was a guest on Chicago Tonight yesterday, talking about the political values that have long informed his work; the on-and-off partnership of Crosby, Stills, Nash and Young, and his early days with The Hollies.

Also, a warm greeting to Roger Waters, whose current series of Us And Them Live Chicago gigs concludes tonight at the United Center. He is not doing on show there this Sunday, as I reported earlier here on BHT. He was at the United Center last Saturday and Sunday, July 22 and 23. I apologize for the error.

There are only a few more days left to catch The Rolling Stones Exhibitionism exhibit before it closes on Navy Pier July 30. It’s a very impressive multimedia presentation of the memorabilia, photos, and videos of the iconic band.

According to the Official Hollies Facebook page, The Rolling Stones made their live performance debut as the opening act for The Hollies on July 13, 1963.

Cliff Johnson and The Raine’s perform tomorrow night, Saturday, July 29 at Reggies Music Joint on State Street just south of downtown in Chicago. The Jay Goeppner Band is also on the bill.

Congratulations to Metro owner Joe Shanahan on celebrating 35 years of keeping his Wrigleyville club at the forefront of Chicago’s live music scene.
Posted by Terry Flamm at 9:51 AM