Wolf Alice - My Love Is Cool 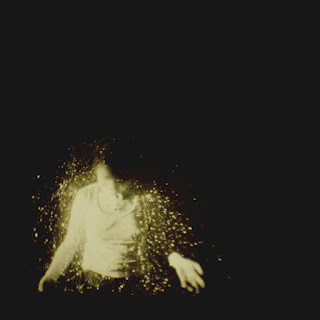 My Love Is Cool is the full-length debut from Wolf Alice, following a couple of EPs and singles. The English quartet’s “Bros” has been wracking up air time on alt rock stations, but that song hardly conveys the full scope of this adventurous effort. I would imagine a major benefit of seeing Wolf Alice perform live would be watching vocalist-guitarist Ellie Rowsell navigate the various genres and personas scattered throughout these 13 songs.

While “Bros” is an appealing techno tribute to joys of friendship, “You’re A Germ” bristles with punk intensity and ends with Rowsell’s homicidal laughter. Wolf Alice seems to delight in juxtapositions; the effervescent “Freazy” is followed by the much harder, guitar-driven “Giant Peach.” “Swallowtail” begins as a gentle acoustic ballad before morphing into a massive arrangement, and has an unexpected instrumental coda. “Silk” is another hybrid, mixing elements of spoken word, hip hop, and techno. Not many bands would be just as comfortable with the ethereal“Turn To Dust” as the grunge rocker “Moaning Lisa Smile,” but Wolf Alice succeeds at every twist and turn.
Posted by Terry Flamm at 9:50 PM