There’s Good Rockin’ On This Night 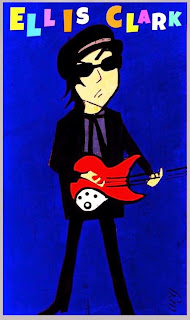 A hearty Broken Hearted Toy welcome to Jeff Beck, whose current tour brings him to the Chicago Theatre tonight. My longtime friend and Jeff Beck’s most ardent fan Maryel will be there, along with quite a few other people with excellent taste in guitar players. Beck moves on to the Riverside Theatre in Milwaukee tomorrow, and he’ll be at the State Theater Minneapolis on Saturday.

Those who don’t have the opportunity to see Beck in person can pick up his brand new CD LIVE +, which is now available from Best Buy online and Amazon. Recorded during his 2014 tour, it includes performances of classics like “Going Down,” “Morning Dew,” “Superstition,” and “A Day In The Life,” along with a few brand new songs. You can also get a sampling of Beck’s firepower by watching the video of “Hammerhead” on his official website.

Ellis Clark And The Big Parade with special guest vocalist Ary Jeebie will headline a five-band showcase at House Of Blues in downtown Chicago. Hannah Frank Group, Skipping Rocks, The Mainstays, and Coyote Union are the other bands performing at this ages 17+ show. The first band goes on at 7:30 PM; Ellis Clark And The Big Parade perform at 10 PM.

Secret Colours, Soft Speaker, The Van Goghs, and Bad Bad Meow will be performing at Martyrs in a show benefiting Supplies For Dreams, a nonprofit organization that helps Chicago Public Schools.
Posted by Terry Flamm at 4:44 PM