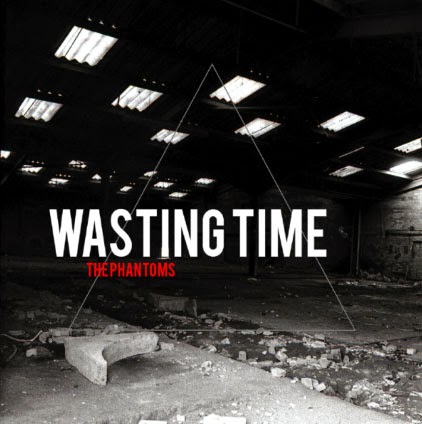 First a reminder that the Fifth Annual Warren Zevon Birthday Bash takes place tonight at Martyrs’ on Lincoln Avenue in Chicago. Androgynous Mustache, a local tribute band with a revolving roster of members, will once again anchor the event; covering the Zevon catalog from beginning to end. The Faders are also on the bill. The show starts at 8:00 PM, with $10 admission charge.

“Wasting Time” is the latest single from The Phantoms, a West Lothian, Scotland quartet that formed in 2012. Their EP This Is How It Should Be, released a year later, and the 2014 single “Revolution” have garnered a lot of attention in the UK. On “Wasting Time,” which officially arrives on March 15th, lead vocalist-rhythm guitarist Colin Simpson’s emotive vocals soar above a hard-hitting arrangement that provides equal opportunities for lead guitarist Colin McKillop, bassist-backup vocalist Peter Stewart, and drummer Blair Cullen to showcase their chops.

Following a shimmering guitar intro, “Wasting Time” quickly switches to a driving beat fueled by Stewart and Cullen’s mammoth playing. Throughout the song, Simpson convincingly creates a sense of urgency on lines like, “Have you made up your mind or are you wasting time?” Another highlight comes toward the end of the track, when The Phantoms delve into an intricate and haunting instrumental passage that evokes U2 on its Boy album.
Posted by Terry Flamm at 11:34 AM