It’s All Part Of My Rock And Roll Fantasy, Part 2 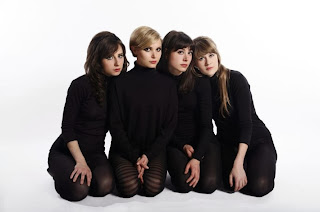 On yesterday’s post, I started a wish list of famous musical artists I’d like to see honored at one of the many tribute shows that rise up like goblins at this time of year. My main reference is Halloweekend, which has been staged over the years at The Abbey Pub and Martyrs on the Friday and Saturday nights closest to Halloween. Here are some more match-ups that are strictly the stuff of my daydreams. Each famous artist (Honoree) is noted with an (H), and the Appropriate Local Act is (ALA). I may post more match-ups throughout the month, and please feel free to email your suggestions to me.

(H) The Three O’Clock. These purveyors of baroque pop were founding members of the Los Angeles Paisley Underground scene, along with the Bangles, back in the early 1980s. Sadly, they never achieved much commercial success, but songs like “Stupid Einstein” and “On My Mind” were exquisite.
(ALA) Ellis Clark. He helped found Epicycle, one of Chicago’s first punk/power pop bands, and was also a member of Social Act and The Handcuffs. His recent LP #1 solo effort successfully covers a wide range of styles. Ellis has played Syd Barrett and Paul McCartney shows at past Halloweekend shows.
Or (ALA) 92 Degrees. This classic power pop trio was one of the Black Vinyl artists recruited by Shoes back in the early 1990s. They would excel at bringing The Three O’Clock to life.

(H) Hoodoo Gurus. The imaginative garage rock of this Dave Faulkner-led Australian outfit is custom-made for Halloween celebrations. Especially songs like “Dig It Up” and “Leilani.”
(ALA) Penthouse Sweets. They’ve always mixed humor with cutting edge rock and their take on The Sex Pistols at Halloweekend a few years ago was a riot.
Or (ALA) Van Go. Lead vocalist-songwriter Davey Sippel’s lyrics give this hard-edged power pop band a satirical edge on tunes like “Your Three Minutes Are Up” and “Invisible Girls.” They’d match up well with Faulkner’s jaded world view.

(H) Graham Nash. He just published his autobiography, Wild Tales, and is on a solo concert tour. Now would be a great time to honor him.
(ALA) Dolly Varden. This alt rock/Country and Western band is critically acclaimed for the intricate harmonies crafted by Steve Dawson and Diane Christiansen. They covered Fleetwood Mac at last year’s Halloweekend, and would be well-suited to cover Nash’s solo efforts, as well as his work with CSN&Y and The Hollies.

(H) The Like. This latest incarnation of the Z Berg and Tennessee Thomas led L.A. band imploded not long after lift-off, but it was a fun ride while it lasted. Their CD Release Me was a flawless trip back to early 1960s and one of the best CDs of 2010.
(ALA)The Handcuffs. The catchy indie rock sound they’ve perfected over three CDs has been used on TV shows, and they have another album on the way. Lead vocalist-guitarist  Chloe F. Orwell has the range to cover The Like’s material, and drummer Brad Elvis digs the 1960s.
Posted by Terry Flamm at 11:49 PM