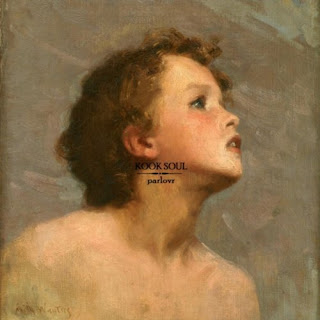 The latest release from Parlovr (with the Roman “u”) is a shape-shifting entity that refuses to embrace any particular genre for long. Singer-guitarist Louis David Jackson and singer-keyboards player Alex Cooper are main instigators of the chaos on Kook Soul, co-writing songs with cryptic lyrics and cutting loose on vocals. (Drummer Jeremy MacCuish rounds out the trio.) The results are often fun, but there are times when these freewheeling Canadians are likely to leave listeners feeling bewildered.

“General Hell (True Love Fades)” opens with some new wave guitar ala The Cars before breaking into a deranged opera with high-pitched wailing. “Do You Remember” taps into 1980’s British soul, but comes across as nondescript, while the morose “You Only Want It Cause You’re Lonely” is just a downer. Parlovr is easier to enjoy on the shimmering pop of “Now That You’re Gone” and “Fisticuffs & Affidavits,” while the harder-edged “”Just Marriage” recalls the vintage pub rock of Nick Lowe.
Posted by Terry Flamm at 12:46 PM