An Evening Of Nonstop Showstoppers 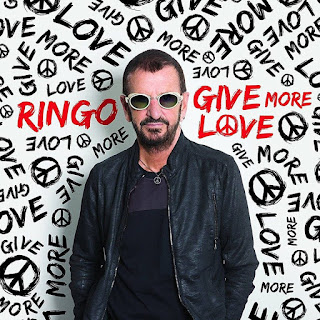 Ringo Starr’s long-awaited return to the Chicago area took place with a recent sold-out concert at the Chicago Theatre. Like Paul McCartney’s shows last July at the Hollywood Casino Amphitheatre in Tinley Park, there was the incredible excitement of seeing an actual Beatle in person. Amazingly, each exuded a friendly, regular guy persona even while performing songs that mean so much to generations of fans.

For a number of years, Starr has picked musicians who are popular in their own right to back him on tours. The band he brought to the Chicago Theatre featured Gregg Rolie, from Santana and Journey; Colin Hay from Men At Work; Graham Gouldman from 10CC; and Steve Lukather from Toto. They each took the lead on three of their own songs, and made the most of those opportunities. Veteran touring/studio musicians Warren Ham and Greg Bissonette were also onstage, providing invaluable support throughout the concert.

Starr didn’t seem concerned that the rousing renditions of songs like Rolie’s “Black Magic Woman,” Hay’s “The Land Down Under,” Gouldman’s “I’m Not In Love,” and Lukather’s “Hold The Line”might upstage him. He was a confident gracious host, joking with the audience, and making his “Peace And Love” mantra feel genuine whether he was front and center or back at his drum kit. That goodtime vibe extended to renditions of Beatle and solo songs with his all-star group providing stellar instrumental support and amazing harmony vocals.

The set list stretched back to the early Beatles days for “I Wanna Be Your Man” and up to Starr’s own contribution to the White Album, “Don’t Pass Me By.” The entire audience sang along with the iconic “Yellow Submarine,” and Starr also did well with “Act Naturally” and “Matchbox.” He performed his solo hits “It Don’t Come Easy,” “Photograph,” and “You’re Sixteen,” as well as the more recent and aptly named “Anthem.” The final song, “A Little Help From My Friends,” felt like classic understatement as Starr, his band mates and everyone in the Chicago Theatre joined together on the vocals.
Posted by Terry Flamm at 9:37 PM