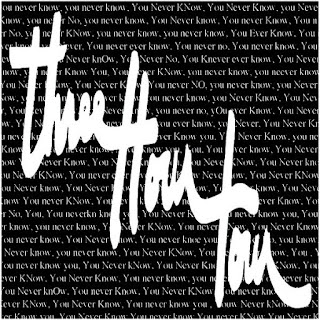 Cooper wrote (or co-wrote with Ken Glosser) all the material on You Never Know, and he definitely favors mid-tempo arrangements. There isn’t a wide range of approaches, but Cooper is consistently on the mark with fetching melodies and well-crafted lyrics on songs like “Birds Of Clay” and “Theodore’s Last Call.” On a number of tracks, he seems to be drawing inspiration from power pop master Matthew Sweet.

“Fallen Angel” is a romantic and imaginative tale about a heavenly creature who veers too close to earth, and is forced to live among mortal men entranced by her beauty. On the fun and engaging title track, Cooper channels his best David Bowie baritone to describe the career of a rock and roll superstar, and leads the band through an impressive instrumental coda. The energetic “Standing Still” is another highlight.

Cooper also likes to throw the occasional curveball; such as “Ballad Of Buddy Rich.” It’s a funny look at what life on the road might be like with the legendary jazz drummer. “Pascal The Hypnotist” is a spirited instrumental that features Cooper, Whitesell, and Brad Elvis really cutting loose. As enjoyable as You Never Know is, a few more tracks with that high level of energy would have made it even better.
Posted by Terry Flamm at 9:24 PM