Turn On The Party Machine For Lin Brehmer 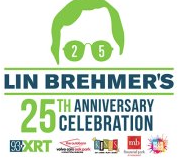 WXRT’s Lin Brehmer has no doubt had his share of interesting encounters with rock stars over the years. Like trying to interview Emmylou Harris without revealing his undying love for her; or chatting with U2 when they first came to the States and pronouncing Bono’s name as if the singer was married to Cher. Brehmer might relate a few a those tales tomorrow morning when he celebrates his 25th Anniversary as the Chicago progressive rock station’s morning DJ with a live broadcast from Kings Bowl at MB Financial Park in Rosemont. The festivities start at 5:30 a.m. and according to the WXRT website, will include live music and special guests.

My favorite Brehmer/rock star story is the one about how he brought The Hoodoo Gurus home to meet his wife somewhere around 4:00 a.m. after having seen them in concert and partying with them for a few hours. Brehmer’s fellow air personality Marty Lennartz mentions this incident in an ad that’s currently running on the station, so I’m assuming it’s true. Although the name Hoodoo Gurus might conjure some funny images, I’ve seen the Australian band perform on a couple of occasions and they seem like nice guys. And they create fun, high-energy, irresistibly catchy songs. So, in celebration of Lin’s 25 years as our “Best Friend In The World,” and because Australians are our good friends, let’s rev up “Party Machine” by The Hoodoo Gurus. I was hoping for a live performance video, but this is the only clip I could find on YouTube.
Posted by Terry Flamm at 9:47 PM